A place for Cleveland-area tabletop gamers to chat and organize.

Ok, there's this bear of a 1st edition scenario that wraps up a season 10 story line. We ran part 1 already. That needed to get a lot chopped off to fit in 4hrs at recess. I want to run part 2, but I'd like to give it some more time.

Rogue's Den in Parma Hts (on pearl north of stumph) has a good rpg room (private) that doesn't charge. we can probably reserve it 10a-6p on a saturday, but i think 10a-4p is what i'd expect the running time to be.

Gamer's Have in Parma Hts (on pearl, north of southland) has a number of private gaming rooms, though the larger ones are narrow (16x7). 8 person tables fit in there, but it looks a little snug. again, probably not too hard to get a table.

we probably would need 6 hours which sort of kills any weekdays. so when is a good time to do this? 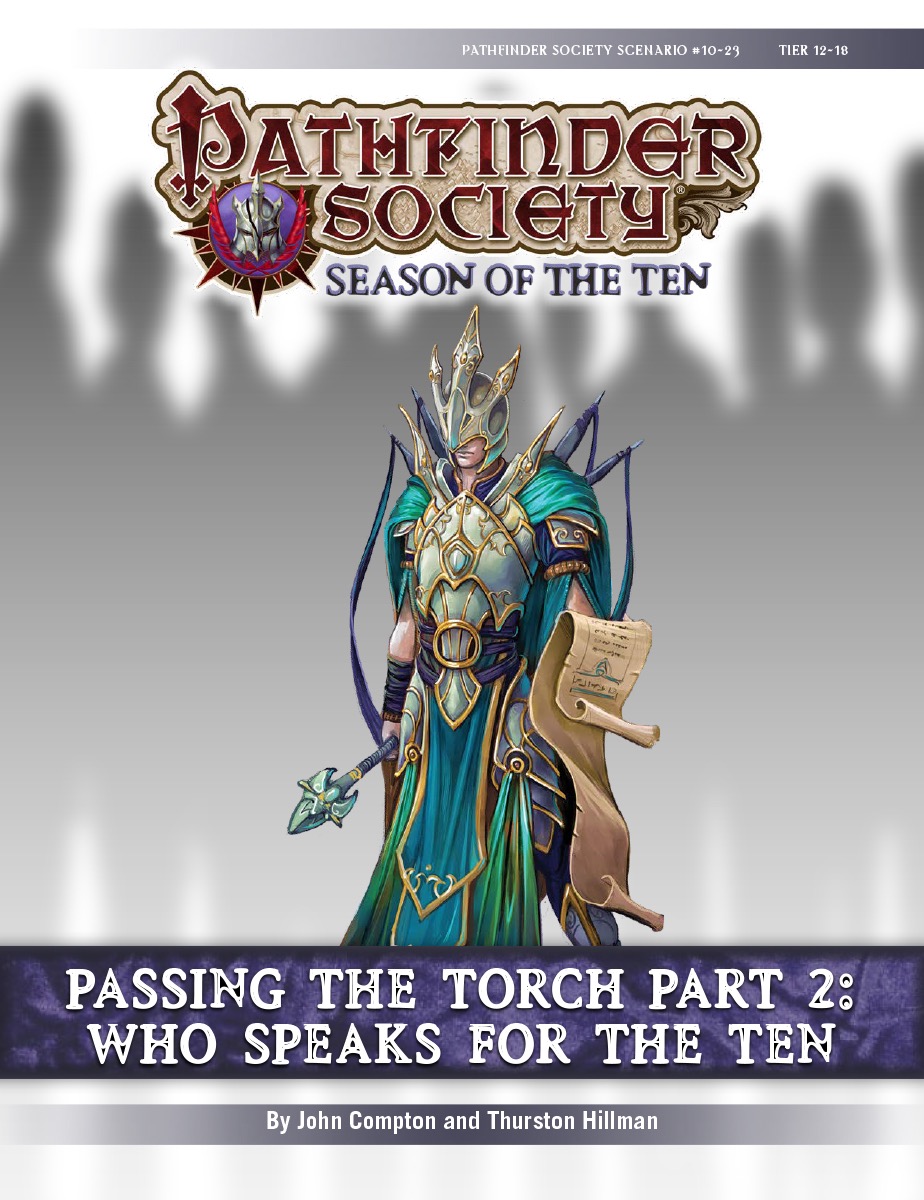 The Whispering Tyrant has arisen, and war once again looms at Absalom's doorstep. Yet with most Pathfinders far to the north neutralizing the Tyrant's secret weapon, the Grand Lodge is understaffed and vulnerable. Now that the PCs have identified the threat Grandmaster Torch poses, they are among the few capable of entering the Grand Lodge's most restricted reaches, averting disaster, and changing the face of the Pathfinder Society forever.

"Who Wears the Mask" is the second and final seeker-level adventure in the "Passing the Torch" series that concludes Season 10, and these adventures take place in parallel with the events of Pathfinder Society Special #10-98: Siege of Gallowspire. This adventure is preceded by Pathfinder Society Scenario #10-22: Passing the Torch, Part 1: Who Wears the Mask. These two scenarios are intended to be played in order.

<Use a subject line of the following format:
<M>/<DD> - #<Season>-<Number>: <Title> (<Level range>) <CORE or nothing>
Replace appropriately. Leave off the last bit for Regular campaign.>